Grace and peace to you from God our Father and the Lord Jesus
Christ. (2Co. 1:2)

ships visited this week
1 ship on Monday:
DA LI HU - All Chinese. It was the first time the chief cook
came to Houston. He said he knew me. I said, how come? He
went, because other people told him so. I prayed with him with
the salvation prayer and thanked God brought him to me. He
was receptive. (See pic. 1 for part of the crew and port captain).
2 ships on Tuesday:
STAR ISTIND, and FAIRCHEM BRONCO - All Filipino; All
Indian. We were on the second ship last Aug. There were four
Christians on board, second engineer, four engineer, bosun, and
one able seaman. (See pic. 2 for part of the crew). (See pic. 3
for bosun, the one in the middle). Preyed with them and
blessed their families.
Steven Chao from WHCC came and helped the ministry today.
2 ships on Thursday:
BOW FLOWER, and BBC OREGON - Filipino, and
Norwegian; Filipino, Russian, and Ukrainian. We were on the
first ship last Jul. We prayed together and blessed their crew.
Someone from FBCC came and participate in this ministry
today.
2 ships on Saturday:
SARAMATI, and GOLDEN MARINE - All Myanmar;
Myanmar, Korean, and four Chinese. There was one Christian
on the first ship, an ordinary seaman. Prayed with them and
blessed their ships.
The Mission Conference at West Houston Chinese Church
went smoothly today. (See pic. 4 for the guest speaker on
Seamen Ministry, Bobby Fuller, the second one from the right).
He is the executive director at Freeport Seafarers Center Texas.

May the grace of the Lord Jesus Christ, and the love of God, and
the fellowship of the Holy Spirit be with you all. (2Co. 13:14) 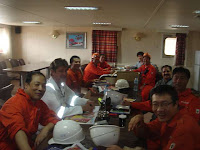 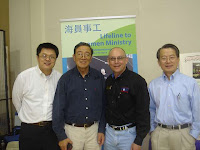 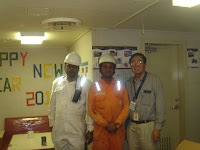 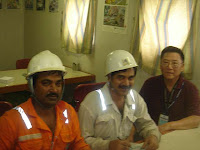 Grace and peace to you from God our Father and the Lord Jesus
Christ. (1 Co. 1:3)

The grace of the Lord Jesus be with you. My love to all of you in
Christ Jesus. Amen. (1 Co 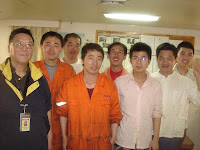 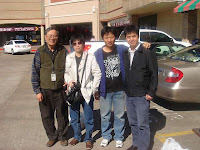 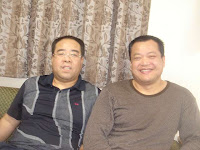 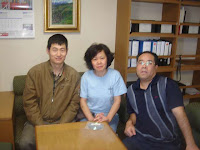 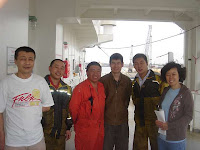 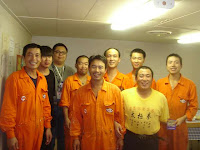 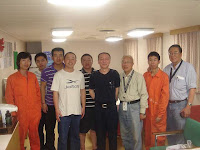 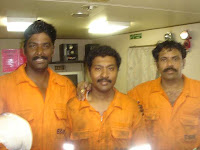 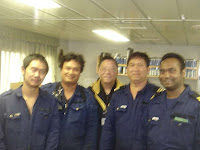 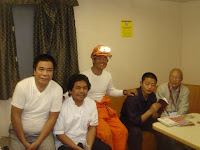 Mercy, peace and love be yours in abundance. (Jude 2)

To him who is able to keep you from falling and to present you
before his glorious presence without fault and with great joy - to the
only God our Savior be glory, majesty, power and authority, through
Jesus Christ our Lord, before all ages now and forevermore! Amen.
(Jude 24,25) 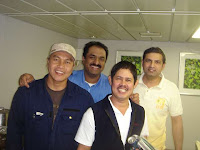 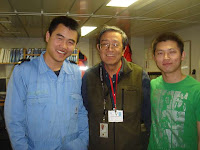 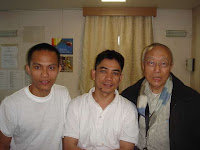 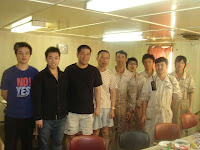 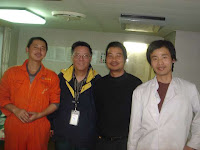 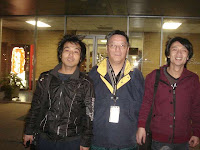 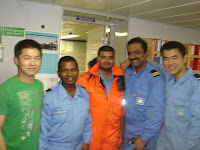 Grace, mercy and peace from God the Father and from Jesus Christ,
the Father's son, will be with us in truth and love. (2 Jn. 3)

ships visited this week
1 ship on Sunday:
SABRINA SCAN - All Chinese. A revisit on the ship. I took
the fourth engineer to HCC for Sunday School and Worship
Service in the morning. And we went to China Town and
Best Buy in the afternoon.
I lost all my Drafts and most of the data for the email from Monday
to Friday. I can only remember Monday 11 ships, Tuesday 5
ships. Steven Chao from WHCC came and helped the ministry.
(See pic. 3 for some of the crew).
Thursday 5 ships:
CYAN PHOENIX - All Chinese.
MOONLIGHT SERENADE - All Filipino.
K. GARNET - Filipino, and Korean.
ATLANTIC ARROW - Filipino.
CLIPPER KRYSTAL - Filipino, and Polish.
4 ships on Saturday:
STAR FRASER, MYRA, MTM HAMBURG, and AALBORG
- All Filipino; Filipino, and Myanmar; Myanmar, and Indian; All
Myanmar. We were on the first ship last Nov., the last ship last
Sep. There was one Myanmar Christian fitter on the fourth ship.
(See pic. 4 & 5 for some of the crew on board. The second one
from the right in pic. 4 is the Christian). (See pic. 6 for some of
the crew on the last ship). Prayed with them and blessed the
crew. 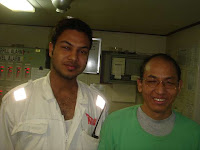 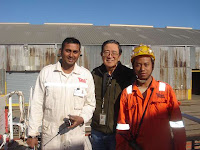 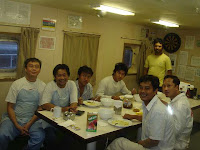 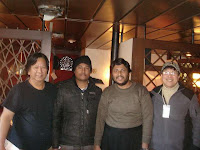 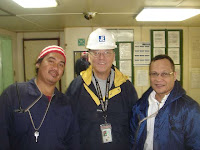 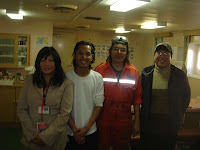